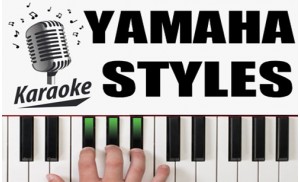 Yamaha Mix tabla styles
Yamaha Mix tabla styles include both Indian and Pakistani styles. Every Yamaha arranger keyboard has built-in styles that are included with that keyboard. Sometimes called internal styles, these styles are stored in the PRESET area and they are always available and can not be changed or erased. They can, however, be modified and then "saved" to the USER area or to a HARD DRIVE or to a USB drive.

There are two kinds of Yamaha styles/beats in which one kind is built-in and other are external styles/beats. In simple words Yamaha keyboards tabla styles are beats  which you can load into your keyboard through USB Flash Drive/ Memory card and these will work just like other built-in styles by pressing Start/Stop button. These styles have sections Main A, B, C, D, Fills, Break, Endings etc. Some Yamaha styles have less and some have more variations depending on the song we made it for but of course you can use these styles for thousands of other songs as well. We have played song notation and musical pieces in the demos just to show you how you can use variations of these styles but when you buy the style you will get only Style file without the Lead music.

WHAT IS A STYLE AND HOW IS IT USED?

A style is a data file scanned into your automatic keyboard providing a musical accompaniment. The distinctive with a style is that you decide in which chords the accompaniment should be played. In practice it works by using your left hand to strike the chords on the keyboard that you want the style to play as an accompaniment. Theoretically, you can make a style accompany an endless number of musical creations compared to a midi file that only reproduces one specific creation. A style typically consists of 15 to 20 parts, e.g. four main parts, four fill in parts, a break, three intro parts, and three ending parts. On an automatic keyboard there is an activation button for each style part and you change from one part to another by activating the button representing the part you want to switch to. You typically go from one main part to another by using a fill in or a break as a transition. The leading style format on the market is Yamaha’s SFF-format (Style File Format). With this all main/fill/break parts are played.